Taken from a story by the same title in 聊斋志异 Strange Tales from a Chinese Studio (1740) published in Qing dynasty China by 蒲松龄 Pu Songling (1640 ~ 1715), 鬼哭 Wailing Ghosts explores different live processing aspects of voice and non-pitched instruments in addition to acoustic and theatric performance. The piece employs text-painting through live and synthetic timbres to portray a narrative heard in Mandarin and Sanskrit such that even those unfamiliar with these natural languages can comprehend. The text used is mostly from the above tale with an added Buddhist mantra of Ksitigarbha at the end.

To briefly summarize the tale: at the time of the Xie Qian troubles, the residences of the nobility were all commandeered by the rebels including the residence of Commissioner Wang. When the government eventually retook the town, every porch was strewn with corpses and blood flowed from every doorway. Since then, Wang frequently saw ghosts in the day and night, hearing the ghosts wailing in various corners of the house. He eventually ordered a lengthy ritual performed to depart the wandering souls. Ever since, the hauntings ceased.

I took a new approach in this piece when dealing with the text. Rather than setting the text in a traditional way, instead I act as narrator to present the text directly. Since Chinese is a melodic language, through the dramatic reading, the nuance of the melodic contour of the text can be easily perceived. The live-processed electronic sounds further amplify the character of the language. The Chinese opera gong used in this piece achieves multiple layers of functionality: from the timbral perspective, striking with mallet and palm brings out different levels of complex sounds; when used with singing, the gong acts as a filter giving the sound a special effect; from the theatric perspective, the gong acts as a mask, separating the narrator and the characters of the story.

Travel Montage of a Toy Piano

I wrote this piece with fun, humor, and maybe even a little absurdity in mind. It is a fresh breeze in my mostly serious-themed composition repertoire. The structure of the piece is episodic as reflected in the title. The piece divides into six episodes and each brings the listener (including me, the toy piano driver) to a different “realm” through the toy piano. I consider the toy piano as a travel machine (a time machine, a magic rug?), in different realms it plays different music accordingly. Despite the absurd realms one after another, the musical materials are nonetheless deeply connected.

The multi-media elements, and props used in this piece are designed to help enhance the effect of the montage.

Wu Ren Kan Ji is a work for solo cello and fixed media derived from my art song Gu Yan Er, originally for soprano, clarinet, and cello. While I extract and further develop musical ideas from the original art song, this new piece is another interpretation of the poem. As reflected by the title Wu Ren Kan Ji – translated no one to give to – this piece emphasizes the isolation and desperation of the poet at the loss of her husband and the realization that she will live the rest of her life in loneliness.

The poem I originally set in Gu Yan Er, and use in this piece as a driving story, is by Chinese female poet Li Qingzhao (1084 - 1151) from the Song dynasty. She was born to a wealthy family and became a scholar, which was unusual for a woman in that time. She also married her husband for love, unlike the arranged marriages common in normal families. This poem is part of a series of poems written to mourn her husband who died young. In this piece, the musical materials from the cello part of Gu Yan Er are developed into a new work. I use cello as the voice of the poet to tell the story and, through sound manipulation, I achieve some detailed text-painting that was not possible in Gu Yan Er.

Shan Shui Remix 2017 is based on my acoustic song cycle Shan Shui (Mountain River) which was originally composed for soprano and bassoon. The song cycle is comprised of four songs including one bassoon solo and one soprano solo. All songs set poems by Li Bai from the Tang dynasty China. In this electronic version, two remixes are based on recordings of the acoustic bassoon and soprano duo. I try to maintain the form of the acoustic songs and the texts while mixing in electronic elements to achieve a fuller dimension of text painting than was impossible with only acoustic instruments.

Shan (山) and shui (水), mountain and river, are strong themes in Li Bai’s poetry: he had a special attachment to nature’s magic. In this song cycle, I set three poems by Li Bai which discus either Mountain or River. The bassoon solo titled山的歌(Song of the Mountain) is the music poem that I wrote for the Mountain. In the Remix, I kept the bassoon solo to contrast the two fixed media pieces, making the Remixed song cycle a multimedia piece. The arrangement features bassoon solo in the middle, surrounded by the fixed media pieces forming the shape of the character shan (山).

This piece is greatly inspired and influenced by the Great Compassion Mantra (大悲咒) which is one of the most important mantras in Buddhism. The title Bei comes from the Chinese pinyin of 悲 which, in this context, means compassion. The text sung in this piece is the initial salutation of the mantra. The Great Compassion Mantra is written in Sanskrit and was translated into Chinese in the 7th century. In this piece, I set the Chinese Pinyin pronunciation.

This morning I woke
In a bamboo bed with paper curtains,
I have no words for my weary sorrow,
No fine poetic thoughts.
The sandalwood incense smoke is stale,
The jade burner is cold.
I feel as though I were filled with quivering water.
To accompany my feelings
Someone plays three times on a flute
"Plum blossoms are falling
in a village by the river."
How bitter this spring is.
Small wind, fine rain, hsiao, hsiao,
Falls like a thousand lines of tears.
The flute player is gone.
The jade tower is empty.
Broken hearted-we had relied on each other.
I pick a plum branch,
Heaven and earth;
There is no one to give it to.

Xi means play or opera: this piece is inspired by Peking opera. There are five categories of character in Peking opera and Chou is one of them. Chou's role in Peking opera is to entertaining and this character never sings. Instead it has a lot of body movements and a lot of different ways to walk, sometime with long passages of speaking normally accompanied by percussion from the orchestra.

Shui Sheng Hua -- translated as water spawned flower -- is written for solo flautist. Originally I wrote this piece for Linda for a collaboration between her and OCF composers to explore the sonic world of solo flute.

Water Sapphires is inspired by the astonishing scene of Ruth glacier in Denali National Park, Alaska. I came cross pictures of the Ruth glacier from National Geographic. The glacier appears in a triple color of different degrees of blue. The purity of the blue colors looks like liquid sapphires. The trio instrumentation of this piece perfectly represents the tri-color of the nature scene. The two sections symbolize my two interpretation of the glacier: the torrential flow and the stationary gem. 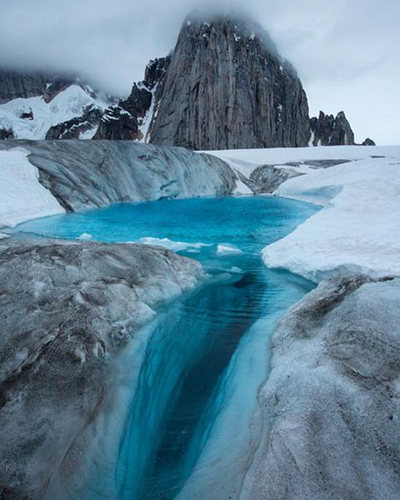 Shan Shui Remix 2017 (part 1 and part 2) is based on my acoustic song cycle Shan Shui which was originally composed for soprano and bassoon. The song cycle has four songs, all setting poems by Li Bai from the Tang dynasty China. In these two remixes, I try to maintain the form of the acoustic songs, mixing in electronic elements to archive a fuller dimension of text painting that was impossible with only acoustic instruments.

Four Scenes from the West for flute, clarinet, haegeum and cello is inspired by four specific photographs that I took of the astonishing scenery of the American West coast, specifically, sunbeams through the forest, sand formation, colorful twilight, and stormy surf. In the piece, four musical sections paint sonic impressions of these scenes. 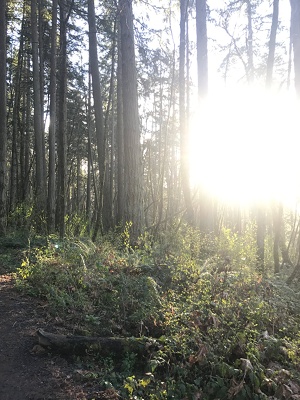 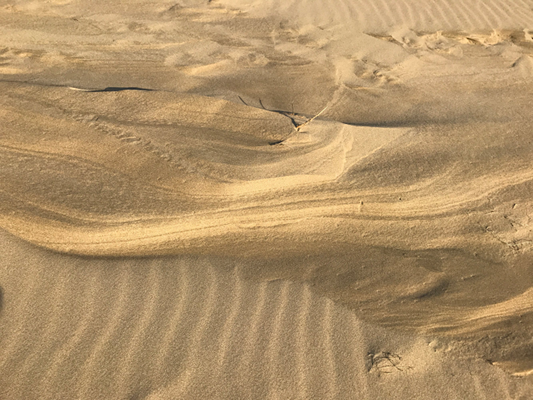 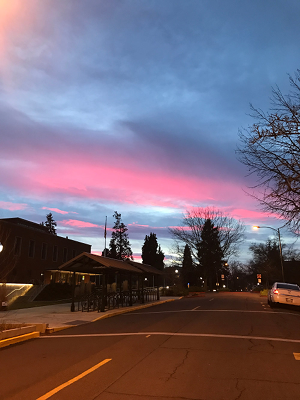 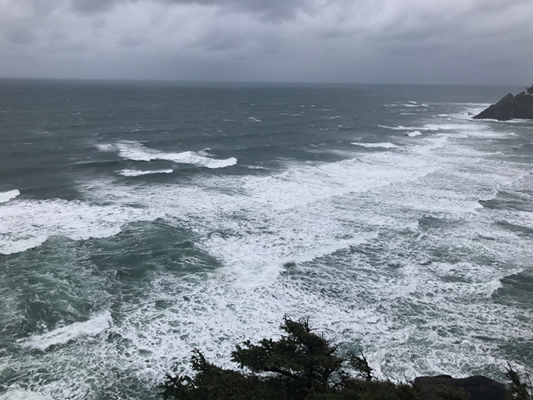