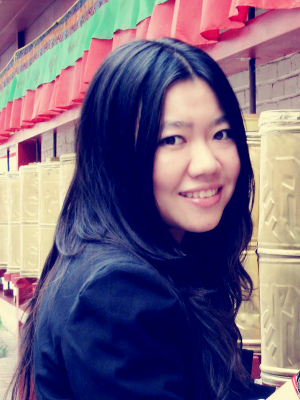 Tao Li 李陶, Ph.D., is a composer and performer from China. While Chinese traditional culture profoundly influences her, years of living in the U.S. have formed her distinct multicultural musical language. The philosophy, literature, and spirituality of the ancient East play a formative role in the aesthetic of Dr. Li’s work. Her music consists of vivid soundscapes, colorful timbres, and interdisciplinary elements that often lead her audiences on a multi-dimensional journey full of imagination. As an Asian female musician, Dr. Li is devoted to promoting gender equity and cultural diversity through her music as well as through collaboration with other artists.

Dr. Li’s music has been performed at concerts and music festivals throughout the world including China, Japan, Korea, Australia, Ireland, Ukraine, and the U.S.A. Her primary interests include acoustic and electroacoustic composition, performance practices, and analysis of compositional techniques, aesthetics, and intercultural dialogues. Currently, she is working on her second Doctoral degree in Intermedia Music Technology Data-Driven Instruments at University of Oregon.